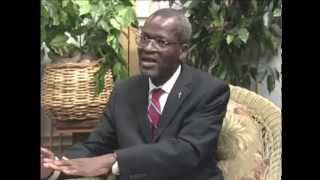 Urgent Reform Is Needed Now to Achieve Equal Justice for All Peoples in Our Courts! The Push for Reform Must Begin from the Peoples at the Grassroot, then their Representatives!
This Video is About the Anatomy of Judicial Corruption-an Attorney’s Perspective. Attorney ‘Lanre Amu Was Suspended from the Practice of Law by the Illinois Supreme Court’s 7 Justices for Exposing Judicial Corruption!

There is an Urgent Need for Honesty, Transparency and Accountability in Our Courts. Together, We the People Can Reform Our Judicial System and Hold Judges Accountable to the People Who Put them In Office. When Judges Judge Themselves, We Have Judicial Mockery of Justice.

Mr. ‘Lanre Amu is no Less Educated, No Less Ethical, No Less Honest, No Less Moral Than The 7 Justices Sitting in Judgment of Him:

’Lanre O. Amu, B.C.E. (U of MN,’84, Graduated at the top of the Engineering Class with High Distinction); M.S.C.E (U of MN, ‘85); M.B.A. (UIC,’89), J.D. (1995). Beyond Qualifications, Integrity, Honesty, Transparency and Accountability must Reign Supreme in Our Courts. Those Are the Real Issues Here, Not Educational Qualifications Per Se.

In a Time of Universal Deceit, Telling the Truth Is a Revolutionary Act – George Orwell.

Every Litigant Must Have the Fundamental Right to the Honest Services of the Judge or Justice. Our Courts Should not Dispense Different Quality of Justice to Different Persons in Our Society. Equal Justice Under Law Must Be a Fundamental Right of All Now!

Judges Are Sworn under Oath of Public Office to Dispense Justice Honestly, and Transparently Without Respect for Persons. The People of Illinois Deserve an Honorable, Honest, Accountable and Transparent Judiciary. Integrity Demands That Lawyers and Judges Act in the Best Interest of the People at All Times. Human Rights, Civil Rights, and Constitutional Rights to Freedom of Speech and Equal Protection of the Laws Must Now Be Respected. Enough of Sham Hearings at the ARDC and the Courts. ARDC and the Courts Must Stop Protecting Corrupt Lawyers and Corrupt Judges While Making Scapegoats of Unconnected Often Solo Attorneys Who Expose Corruption in Our Courts.

The ARDC Proceedings Instituted to Take Mr. Amu’s Law License Were Sham Proceedings. No Human Being Testified That Mr. Amu Made False Statements Concerning the Integrity of the Four Judges He Complained About. No Judge Ever Filed a Complaint Against Mr. Amu That He Made False Statement Against the Integrity of Any Judge. No Witnesses Testified at Mr. Amu’s ARDC Hearing. The Only Testimony at the Trial Was Mr. Amu’s, and Mr. Amu Maintained That He Spoke the Truth about the Judicial Corruption He Complained About. Mr. Amu Subpoenaed the Judges and the Lawyer-eyewitnesses, The Eyewitness Judges and Lawyers Promptly Asked the Illinois Supreme Court to Quash Amu’s Subpoenas, and the Illinois Supreme Court’s 7 Justices Quashed all of Amu’s Subpoena over Amu’s Objection. To Suspend a Lawyer’s law License for Three Years When no Human Being Testified Under Oath that He Did Anything Wrong is a Travesty of Justice and an Abuse of Delegated Power!

Quoting a Member of the Public on Viewpoint in Chicago Sun Times, Friday January 3, 2014, Page 18: ”Illinois Has a Reputation of Corrupt Officials . . . and until We Change the System, Whether it Be for Governor or Judges, We Will Get the Same Corrupt Officials We Have Always Had . .” -James M. Mulhearn, Sr., Archer Heights. Enough Said, “the People Must Wake Up from Slumber, and Organize to Change the System Now!” 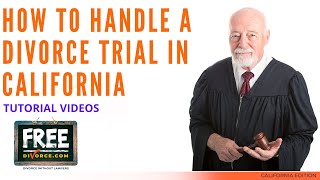