How Much Does A Divorce Cost? 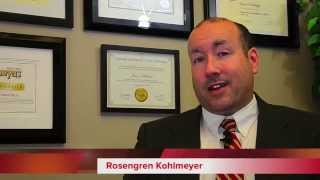 Jason Kohlmeyer, of Rosengren Kohlmeyer, answers a question submitted by Alex in Mankato. The question, is “How much does a divorce cost?”

So how much does a divorce cost? Jason uses a vehicle metaphor and the truth is, it is probably one of the more accurate ways to talk about divorce since there are so many variables, whether it’s property, custody, spousal support, or everything and anything in those categories.

While it might be true that a lawyer can “quote” you a price for a divorce, it simply isn’t consistent case to case and the range, as Jason points out, is “big”. The truth is, it is much bigger than most people think.

An average divorce in The United States costs anywhere between $10,000 and $20,000, but this typically without any really lengthy property lists, and assumes that things will not be complicated. Your case could be much different.

Another thing that Jason touched on that is important to remember is that there is another type of cost, aside from financial, in the case of divorce. It’s called: Custody. In a divorce oftentimes one parent will lose a lot of the time they previously had with their children. It isn’t always so horrific but there have been instances of parents losing greatly and that is a cost in itself as well and certainly something to remember.

In short, it’s just not simple, your best bet is always to call your attorney and ask because every case is different, and in divorce law there could never have been a truer statement.