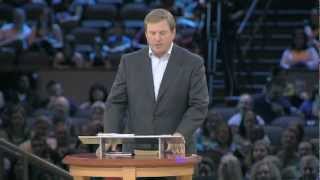 Most couples never have deep or detailed discussions about married life before entering into marriage. The result is inevitable conflict.