Jordan Peterson on Marriage and Divorce 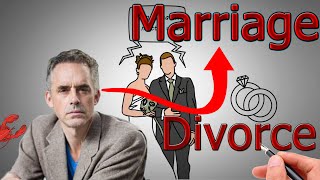 In this video Jordan Peterson explains the real reasons for marriage and the consequences of divorce.

Jordan B. Peterson is a Canadian clinical psychologist, professor of psychology, public speaker and author of best-selling “12 Rules for Life: An Antidote to Chaos”. Check him out, he’s got some pretty insightful content.

Thanks for watching “Jordan Peterson on Marriage and Divorce” and hit subscribe for more videos like this.

Check out some of the other videos on this channel like:
1. “Facing problems and challenges of life – Jordan Peterson (motivational video)” here: https://www.youtube.com/watch?v=azugztirlbU