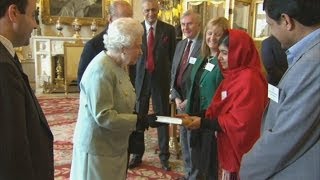 Subscribe to The Royal Family Channel! http://bit.ly/12c6D6C
Schoolgirl Malala Yousafzai, who was shot in the head by the Taliban, has met the Queen at Buckingham Palace and spoken to her about the importance of education. The 16-year-old was attacked in Pakistan last October over her campaign for girls to be allowed to go to school without fear. She was reduced to laughter by the Duke of Edinburgh, who quipped that in this country, people want children to go to school to get them out of the house. The teenager gave the Queen a copy of her book, I Am Malala, and told her: “It is a great honour for me to be here.” Report by Lisa Snell. 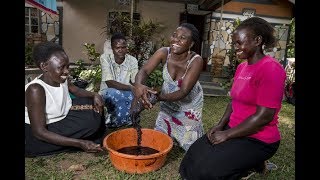 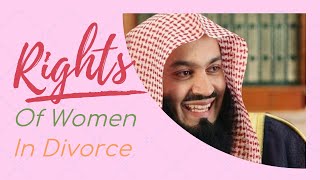