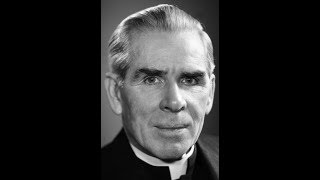 Fulton John Sheen was born to Newton and Delia on May 8,1895 in El Paso, Illinois. The oldest of four sons, he was baptized Peter John in St. Mary’s Church, but soon became known by his mother’s maiden name, Fulton. The family moved to Peoria where the young Sheen attended school and served as an altar boy at St. Mary’s Cathedral. Turning down a significant scholarship for graduate school, he followed his desire to become a priest and entered St. Paul’s Seminary in Minnesota.

He was ordained a priest on September 20, 1919 in the Peoria Cathedral. Father Sheen went on to become Archbishop Fulton John Sheen, a universally popular evangelist, radio/TV personality, writer and missionary. He is most known for his television series, “Life is Worth Living” which had a viewing audience of over 30 million people.

On October 3, 1979 Archbishop Sheen had an audience with Pope John Paul II at which the Pope embraced Sheen and gave a perfect summary of his life and work: “You have written and spoken well of the Lord Jesus. You have been a loyal son of the Church!” Archbishop Fulton John Sheen, a Son of Peoria, a Son of the Church, died on December 9, 1979 in his private chapel in his Manhattan apartment. In 2002, Bishop Daniel Jenky, CSC, of the Diocese of Peoria, IL officially opened the cause for Sheen’s beatification and canonization. 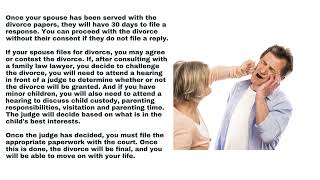