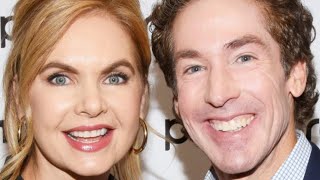 These days, televangelists may be more associated with scandals than they are with actually evangelizing on television, but so far, Joel Osteen has managed to avoid any career-ending personal drama. Osteen and his wife Victoria Osteen are co-pastors at Lakewood Church in Houston, Texas, and through more than three decades of marriage, they’ve grown their ministry to include successful book sales and a satellite radio channel.

The Osteens’ marriage seems to be quite a happy one (not counting those unfounded divorce rumors from a few years ago), but many people have noted some quirks nevertheless. Let’s take a look at some strange things about Joel and Victoria Osteen’s marriage.