The 5 Stages of Divorce 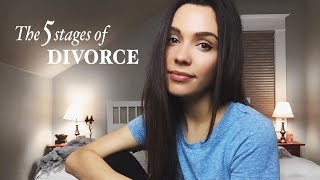 This Vlog is about my recent journey through Divorce. I break it down to the “5 stages of Grief” and talk about my experience with

This in no way reflects the vast experiences that each, individual person faces when going through a breakup, separation and divorce. This is a summary of my own experiences and how I arrived on the other side of divorce as a new, whole person.

I hope this resonates with women who are feeling lonely, ashamed, guilty or lost during their own divorce- wherever you are in the process.

Please message me and ask me any questions you may have on this subject. My heart goes out to you and I want you to know that you’re not alone.

The Five Stages of Grief™️